This blog has been submitted by Stephen and Patricia.

When Patricia and I first visited Ukerewe you could not miss the vast amount of combustible waste that was lying around.

I had previously seen a programme filmed in Uganda where briquette making had been introduced as a means of keeping the local people from cutting firewood in the forest, the preserve of gorillas, and also as a means of generating an income for those same people.

Google is a wonderful tool and eventually led me to the Legacy Foundation (www.legacyfound.org ) and discussions with them (as they were working in East Africa) proved interesting.  A set of manuals were purchased enabling a press to be made and all the other necessary equipment was purchased as well and left England in the container at Easter.

The hardest part was finding reliable Swahili speaking trainers willing to come to Ukerewe.  Alex Magaga of LVC did a wonderful job of co-ordinating once the trainers, Marieta and Zaujia were located a 1000 km away in Lushoto and booked for a week's training.  Alex also organized (willingly recruited) a group of 12 LVC Volunteer Women who gave up their time to be trained. 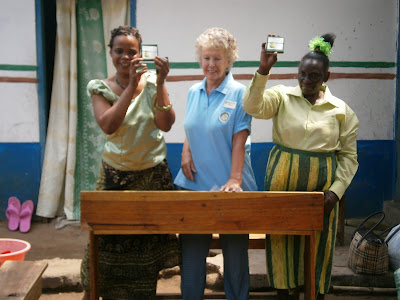 The training consisted firstly of the principles and benefits of briquettes in the classroom, 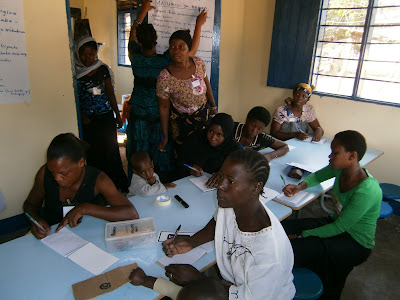 then practical training on production, and finally on marketing.  Marieta and Zaujia are extremely professional and have received national awards for their training - only the best for LVC! 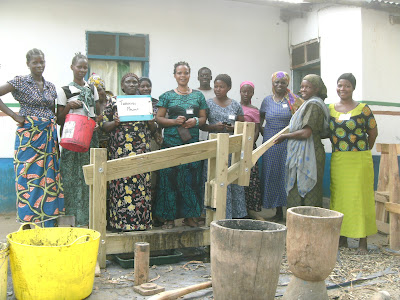 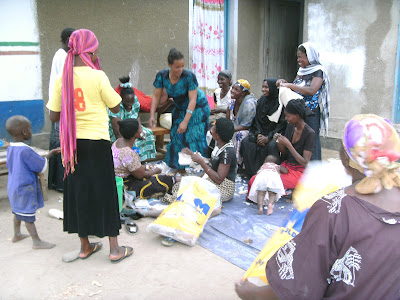 Currently there is no market for briquettes on Ukerewe and it will take some time, even months, for the trainees to build confidence in what they are doing and for them to become proficient in producing them.  In that time they can be searching out markets.  The wood and charcoal sellers often claim that you will be poisoned by cooking with briquettes! 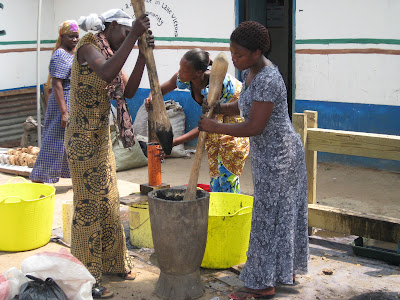 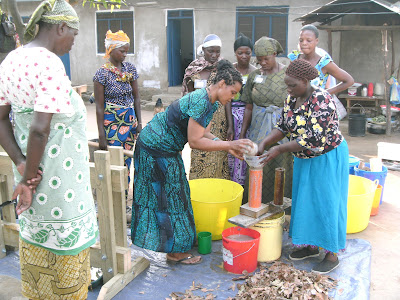 At the end of the training each trainee was presented with a signed certificate and the trainers indicated potential leaders.  After Marieta and Zaujia left the ladies started slowly, but when we left were coming together to prepare and produce briquettes 2 or 3 times a week and had elected a chairwoman and secretary. 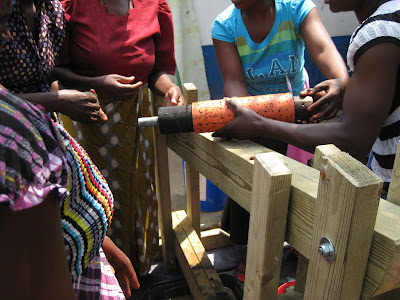 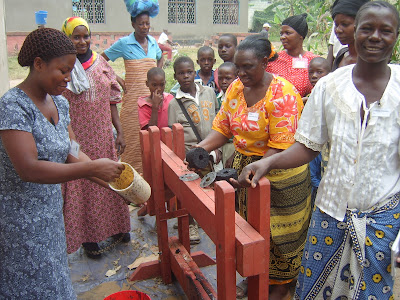 In full production a team will produce 700 - 1000 briquettes a day sufficient to supply 50 families.  Briquette making is ecologically sound and sustainable using only waste materials of which there is plenty around.  At the same time this will generate an income for a group of ladies and for Lake Victoria Children. 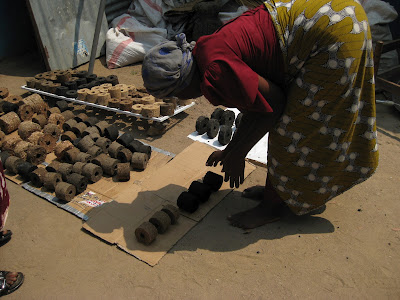 Our thanks to Stephen and Patricia for this very interesting article.

Posted by Diane and Derek at Saturday, September 01, 2012