Before we left England to go to the island of Ukerewe, we knew that Alex Magaga, Chairman of Lake Victoria Childrens Society desperately wanted a Book and Toy Library at the centre.  We had been discussing the centres needs and the children just didn't have any books to look at. Fortunately  we had sent many books in the container which arrived in Ukerewe before us, so it was a resounding YES, let us equip a library!

There was a block of three rooms which Alex chose, and one was for a library, one a childrens rest room, and the other would be the office.  This is the 'before' photo. 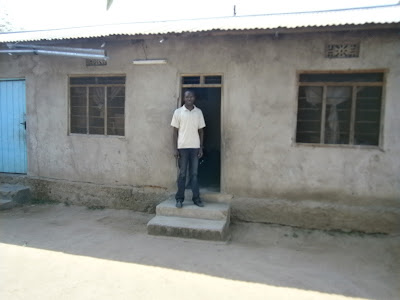 The rooms were painted white inside, and new fluorescent lights were fitted.  The outside was also painted white and windows and doors painted blue. 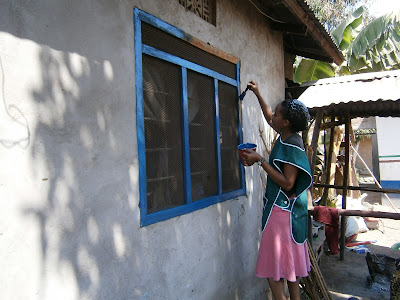 A local carpenter made us two lovely bookcases ... 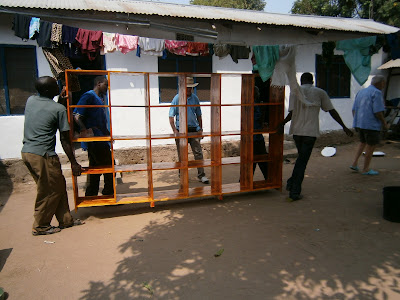 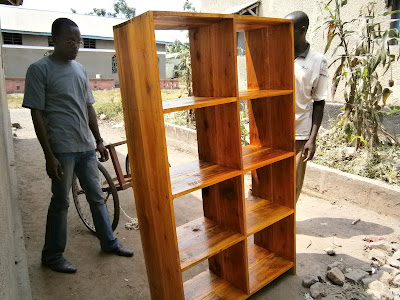 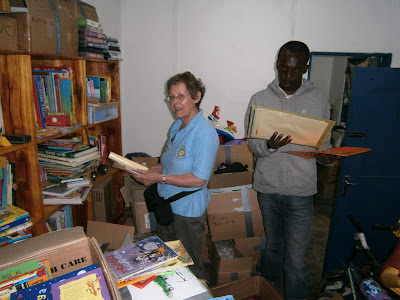 Although this photo shows Alex and myself sorting books, Brenda and I had been sorting through all the boxes sent from Filey for days.  In the photo below you can see in the background the room which will be an office, full of  boxes of clothes, shoes, books and toys which will be taken to the schools and under privileged families in the villages, later on during our stay. 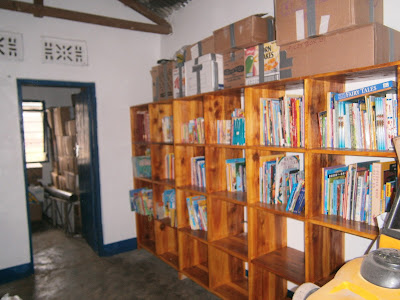 We purchased locally, floor covering for both the library and rest room.  Below the shop we bought it from is rolling it up for us. 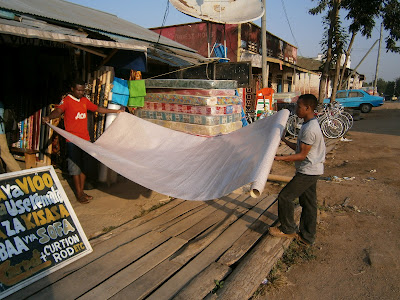 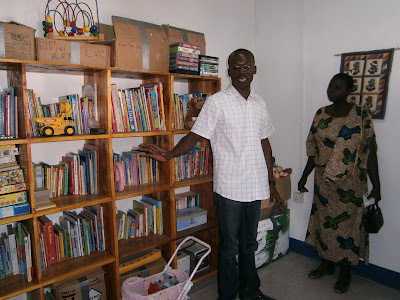 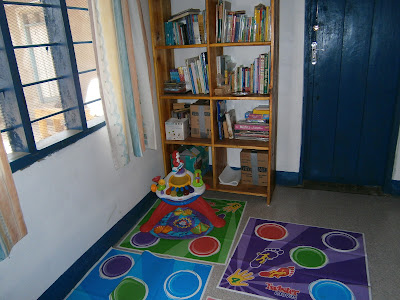 In the rest room we purchased a mattress, and the carpenter made for us a storage unit which fitted under the mattress.  A small television and video player was put on a shelf out of harms way, and we left videos.  Colourful curtains were put in both rooms, and boxes of toys were also left in both rooms for the children to enjoy. 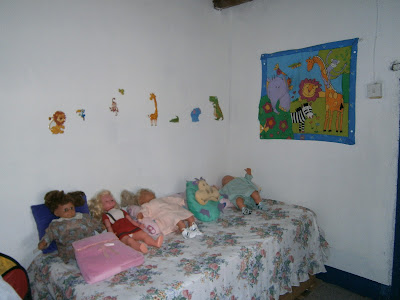 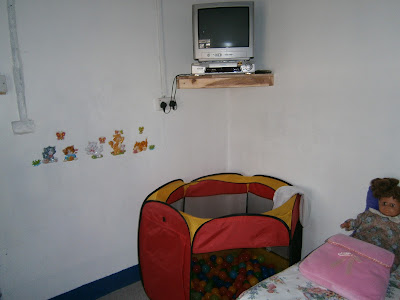 Patricia, with the help of Dorice finished the newly painted rooms off with a new outside 'logo'. 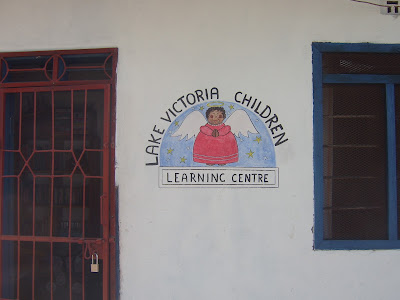 The children at LVC are so keen to learn and they deserve much better than they had.  The teachers too now have access to books and toys with which to interact with their pupils.
We are so pleased to have helped with the education and to have enhanced the lives of these small children.
Until the next time,
Best Wishes,
Diane and Derek