After being in contact with Alex Magaga (Chairman of L.V.C.) for months before we arrived, it was so good to actually be there and see for ourselves the premises and facilities which they had.  There were six of us who spent most of our time there.

Currently, there are 36 children being taught in the school and being fed.   The children are aged between three and six years.  Their lessons are in both English and Swahili.  At present there are nine families which can afford to pay for the care which the children receive, and this helps the other children who are from disadvantaged families or orphaned, and their education is free. What lovely children they are!  So respectful and happy, it was a delight to be with them. 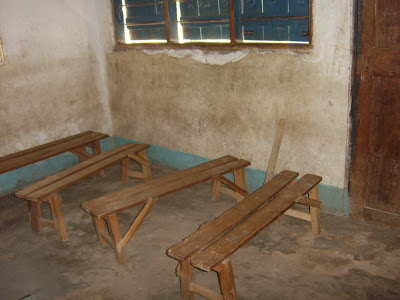 L.V.C. rent various rooms from the Makene family and Everest, the owner was always available to lend a hand in whichever task we were undertaking.  His help was invaluable. 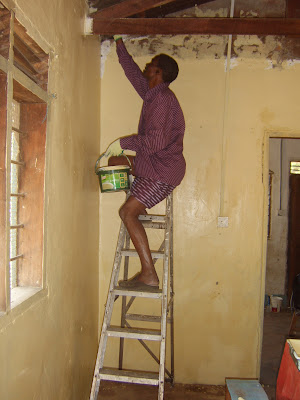 Whilst all the activity was going on, the children were schooled in the courtyard, and it was lovely to hear them singing and reciting. 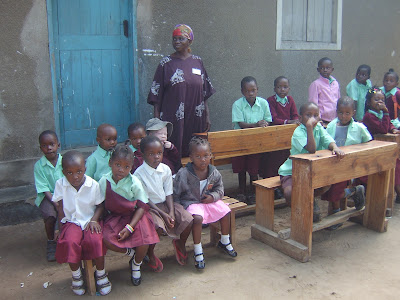 The children loved to have their photos taken and when they were shown the 'picture', there was lots of laughter. 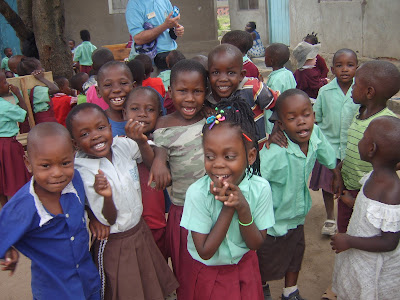 Before they went home, the children were given a mug of porridge at lunch time.  Nothing was ever left! 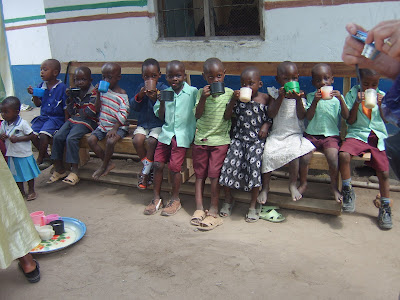 School tables had been sent in the container previously and both classrooms were equipped with one.  These tables came from a school in a village called Wold Newton in North Yorkshire, England.  It was good to know that they had found another home and were so well received.  Here the tables are having their stools put on again, as they travelled separately. 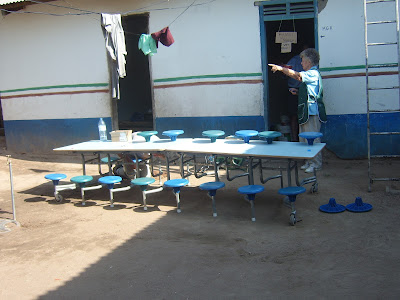 Patricia (the artistic member of our group) agreed to paint a mural on one of the classroom walls.  She was helped by Rehema and Dorice who live with the Makene family and as you can see, it was a very colourful and vibrant addition to the classroom. 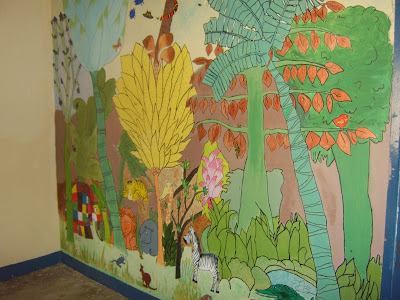 Here is Pat with Rehema and Doirice and the wonderful work of art, which the children loved. 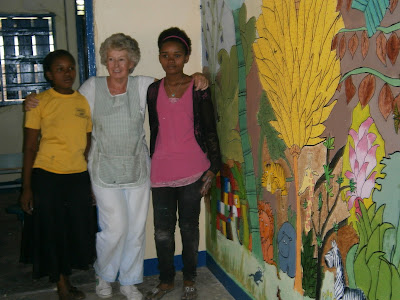 They also painted some decorations on the second classroom wall as well. 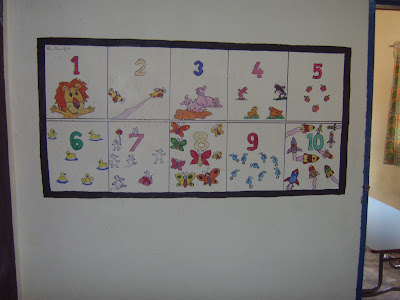 A television set and video machine with videos was also given to the school to help the children with their English language and the classrooms were turned into bright and pleasant areas for the children to have their lessons.